PostMortem for Codingame AI Contest: Coders of the Caribbean 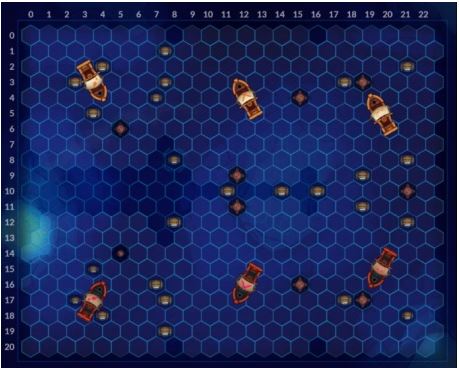 For the contest, you were in command of 1-3 pirate ships on a hexagonal grid. The goal was to avoid running out of rum by collecting barrels of rum placed around the map. Like all other codingame contests, the game was turn-based. Each turn consisted of you reading the world state information from stdin and outputting your action to stdout. This would be repeated till one player lost all their ships by running out of rum.

There are multiple leagues: