When we create a project in Unity, Unity groups all the scripts into a single Assembly predefined by Unity as Assembly-CSharp.dll. This allows all of our scripts to have direct access to each other, which makes prototyping and implementation of functionality in Unity very easy.

However, by making parts of our code entirely dependent on each other, we risk creating spaghetti code, especially as the project grows.

To remove this risk of falling into a big bowl of spaghetti code, we need to remove the mono behaviours from the program logic. We can achieve this by creating our own Assembly definitions and references.

In my unity projects, I have a Core assembly which contains all the program logic. The classes in this assembly do not inherit from Monobehaviour or ScriptableObject. This is where the meat of the code lives. 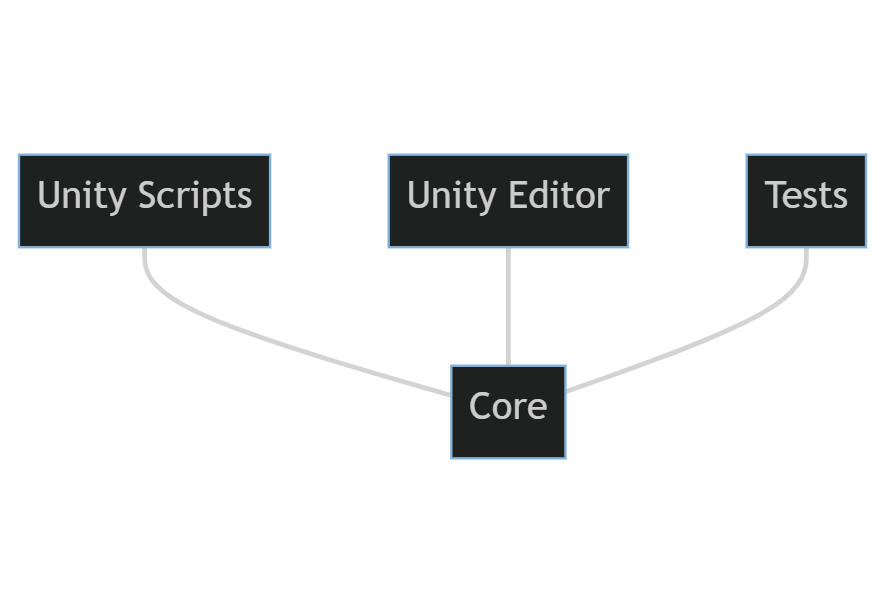 3 other assemblies depend on Core

As each assembly becomes more extensive, I split it into smaller assemblies.

Unity, by default, puts all the scripts in a single assembly. This might be fine for small projects. But, by putting in a little effort and splitting our code into multiple assemblies, we can make our code more organized and testable.